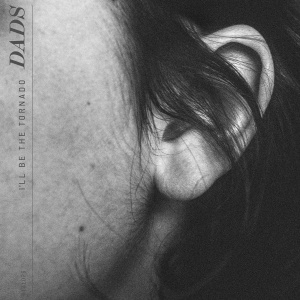 Dads – I’ll Be The Tornado

It took maybe a little too long to get this review posted, but better late than never or whatever forever. We don’t follow the rules here at Abandon Hip.

I’ll Be The Tornado is the second full-length released from Michigan punk duo Dads (they aren’t actually dads), and it’s a bit of a split from their earlier work. I’m only a recent convert to fatherhood (is that what it’s called when you’re a Dads fan?), but I think this record is a positive move for these guys. I’ve had a tough time listening to anything else but I’ll Be The Tornado since its release. There’s little regard for any genre here, and every track has its own particular vibe. Uncomplicated, heartfelt lyrics and more mature songwriting make this an overall stellar record (continued below).

IBTT kicks off with one of its strongest tracks, “Grand Edge, MI.” Starting off with slow, somber acoustic melodies reminiscent of your favorite Brand New songs and deeply personal lyrics (“that summer pictures of planes crashing into bridges / was the only way to express how I felt”) garnished with some raw vocals, it works its way into a frenzied and powerful finish full of crashing drums and beefy guitars while remaining as dark as it began. Juxtaposed with the much more musically upbeat but no less personal “Chewing Ghosts” the trend is set for the rest of the album–going coherently back and forth between pensive indie melodies and fun punk riffs. Soft heartfelt tracks like “Fake Knees” contrasted with the quick and punchy “Sold Year / Transitions” show that this duo can do(oh) just about anything and pack it full of heart.
Though IBTT may be a departure from their earlier work, it’s a storm blowing in the right direction. Drawing from what is clearly a wide variety of aural influences, this album is sure to have at least a few tracks that will stick to you. More mature songwriting suits Dads, as it should. I only see them going up from here. Can we please have a split with Single Mothers? I can’t be the only one who needs this.
Favorite Tracks: “Grand Edge, MI”, “Chewing Ghosts”, “But”